Record low mortgage rates and a catch-up in purchase activity led to a strong recovery in the housing market to close out the summer. The National Association of Realtor’s index of contract signings surged 8.8% from July to August, vs. the 3.1% rise analysts expected. Compared with 2019, pending home sales were up a record 24%. 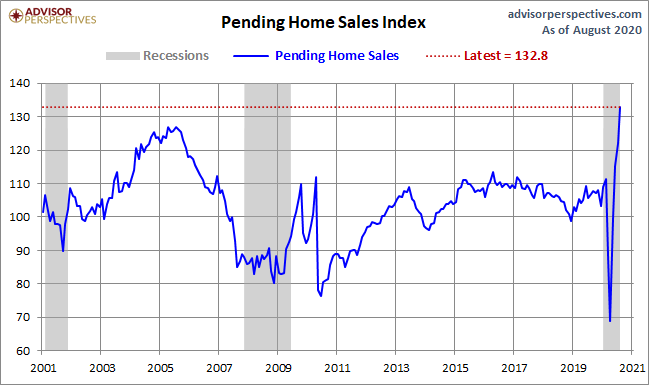 While part of this surge is making up for the soft activity in March & April, the housing market had been gaining momentum prior to the economic shutdown. Now it appears the market is regaining that strength.

According to S&P CoreLogic Case-Shiller U.S. National Home Price Index, home values rose 4.8% in July vs. a year earlier, up from the 4.3% year-over-year gain in June2. That is more than twice the prevailing rate of inflation, a sign of how strong housing has become compared to the broader economy. 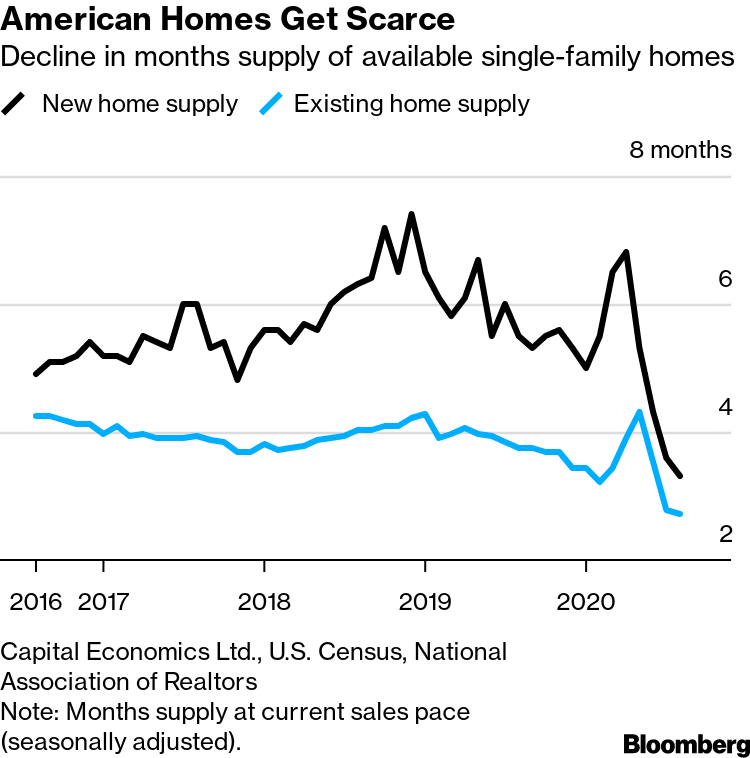 With supply limited and mortgage rates pegged near record lows, it is very likely that home prices will continue to trend higher unless purchase activity is forced to slow down from the lack of supply. The trouble builders were having with new builds more recently was the surge in lumber prices, which finally reverted lower in recent weeks after surging nearly 300% from the end of March through August.

While some may fear a housing bubble 2.0, we have yet to see similar signs of speculation fueling the activity. It appears that the market is making up for a lost decade of new builds and sales, along with the next generation of purchasers, millennials, providing a long-awaited boost. The largest age group in the US is now 25 to 29-year-olds, a group that has so far mostly delayed purchasing their first home.

Should this generation start to pick up their purchase activity, we would expect to see strength in homebuilders and retailers tied to the housing market. These stocks have already started to price some of this momentum in during the market’s resurgence, outperforming the S&P 500 by a fairly wide margin year-to-date.

More importantly, secular strength in the housing market would be a major contributor to the overall health of the U.S. economy in the years to come, as housing provides some of the major direct and indirect contributions to economic growth.